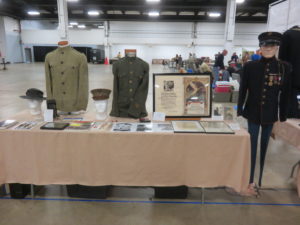 Dane Coffman has served as president of Military Timeline Impressions (MTI) out of Columbia, SC. Their focus is to provide a timeline of military history (US and foreign) for events in the midlands area. They presently portray military impressions beginning with the War of 1812 through present day.

Dane’s personal collection of items includes those belonging to his grandfather, Ralph E. Coffman, who fought in World War I with the 82nd National Army under the command of Maj. Gen. Eben Swift. While no first-hand battle related experiences are found in his grandfather’s unit history book, other records have been pieced together. His collection includes information on some of his grandfather’s travels, including 30-50 picture post cards that were sent to family members with handwritten notes about his locations.

In addition to proudly displaying his grandfather’s uniform, Dane’s collection also includes a Marine dress blue uniform, worn by his grandfather’s brother, Paul David Coffman, in World War I. His uniform proudly bears patches of the 6th Marines, 2nd US Army Division. Dane also has several photos and awards that were presented to his great uncle during his time of service. 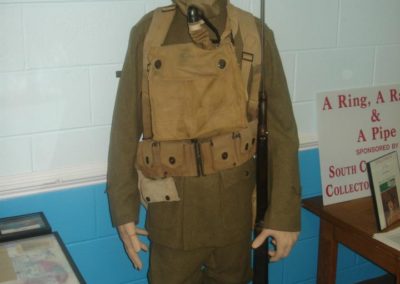 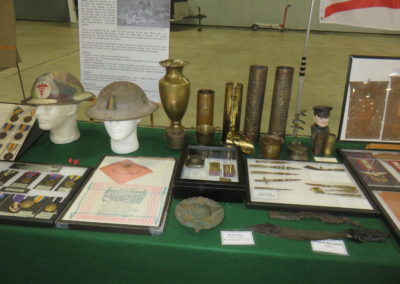 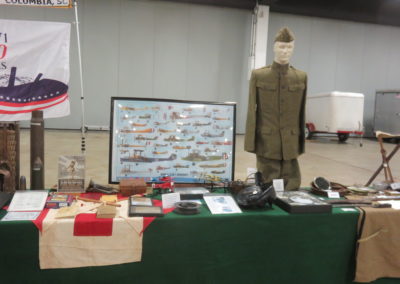 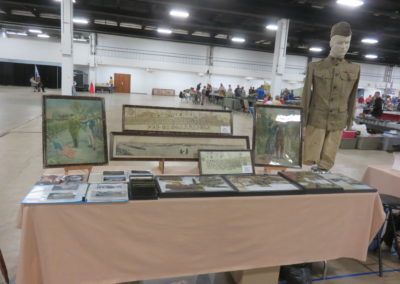