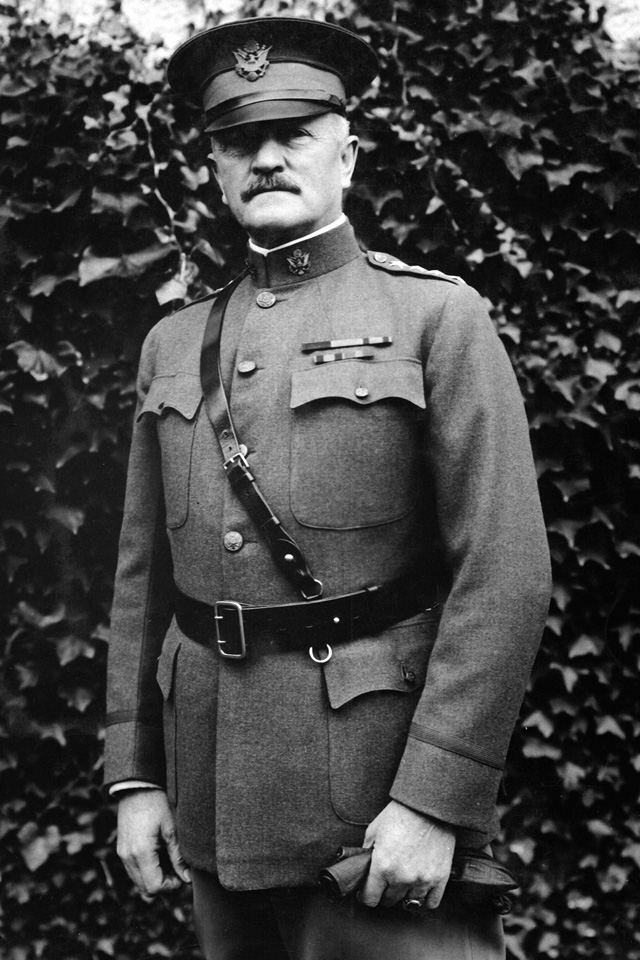 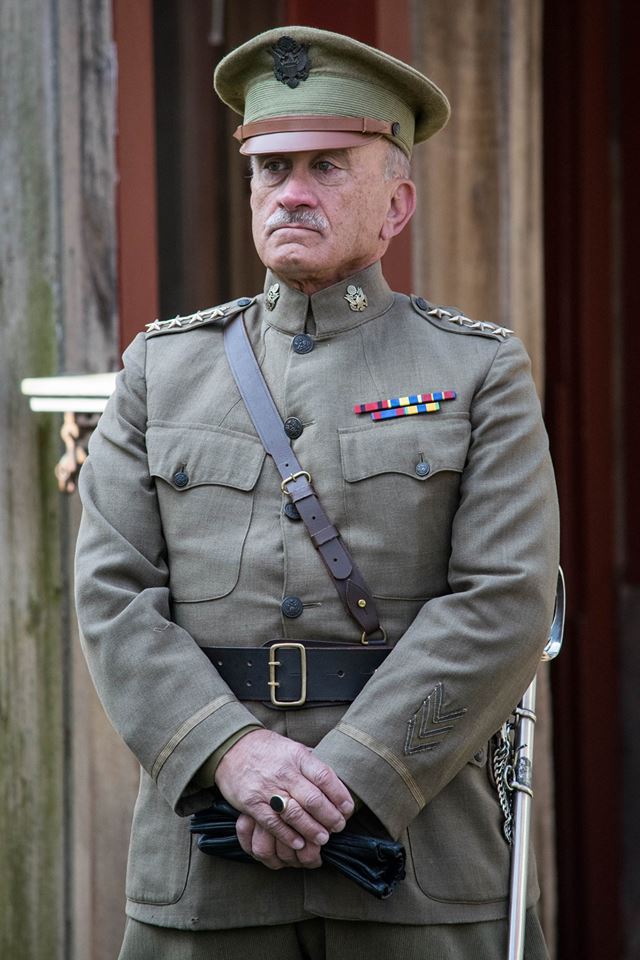 “…As I was collecting Great War artifacts I wanted to be able to tell the story of each item to any audience who would listen but wanted to wear the correct uniform.  My quest to locate a uniform that I would wear (and I am not a big person) was a challenge. Reproductions were not readily available, but at a military show I found an officer’s uniform that would work, so my kit began.

I have been asked how I came to portray General Pershing.  For many years I did not have a mustache. On a whim I let it grow.  While doing an event I was called ‘Pershing,’ but I did not think anything about it!  A short time later a copy of Military History arrived, and I’m on the cover. No, it was not me, but Black Jack. The resemblance was uncanny. ‘Here’s your sign’ came to mind. OK, be a ‘Six Star General’. I have had the honor of keeping his legacy alive at many events and hope to continue to do so.”

Dane is available to lead programs or make appereances as General John J. Pershing, ranging from 15 minutes to two hours long. Programs topics include: “Pershing’s Life” & “Pershing; To Build an Army.” To schedule Dane at your next event, please click the links below to contact him.
Contact Dane
Connect On Facebook